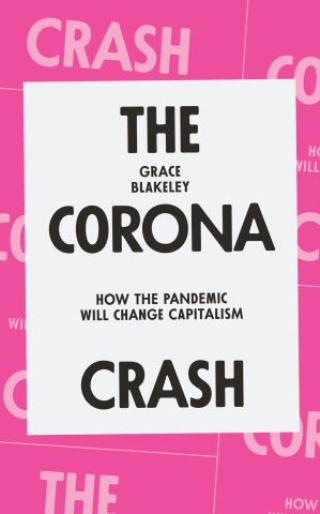 How the Pandemic Will Change Capitalism

Free market, competitive capitalism is dead. The separation between politics and economics can no longer be sustained.

In The Corona Crash, leading economics commentator Grace Blakeley theorises about the epoch-making changes that the coronavirus brings in its wake.

We are living through a unique moment in history. The pandemic has caused the deepest global recession since the Second World War. Meanwhile the human cost is reflected in a still-rising death toll, as many states find themselves unable—and some unwilling—to grapple with the effects of the virus. Whatever happens, we can never go back to business as usual.

This crisis will tip us into a new era of monopoly capitalism, argues Blakeley, as the corporate economy collapses into the arms of the state, and the tech giants grow to unprecedented proportions.

We need a radical response. The recovery could see the transformation of our political, economic, and social systems based on the principles of the Green New Deal. If not, the alternatives, as Blakeley warns, may be even worse than we feared.

Grace Blakeley is a staff writer at Tribune magazine, host of the A World to Win podcast and author of Stolen: How to Save the World from Financialisation. She previously worked as a research fellow for the Institute for Public Policy Research and as the New Statesman’s economic commentator. She appears regularly in the media as a political and economic commentator, including appearances on Question Time, BBC This Week, and BBC Breakfast.